5 Steps To Lowering Your IHT Liability – A Real World Example 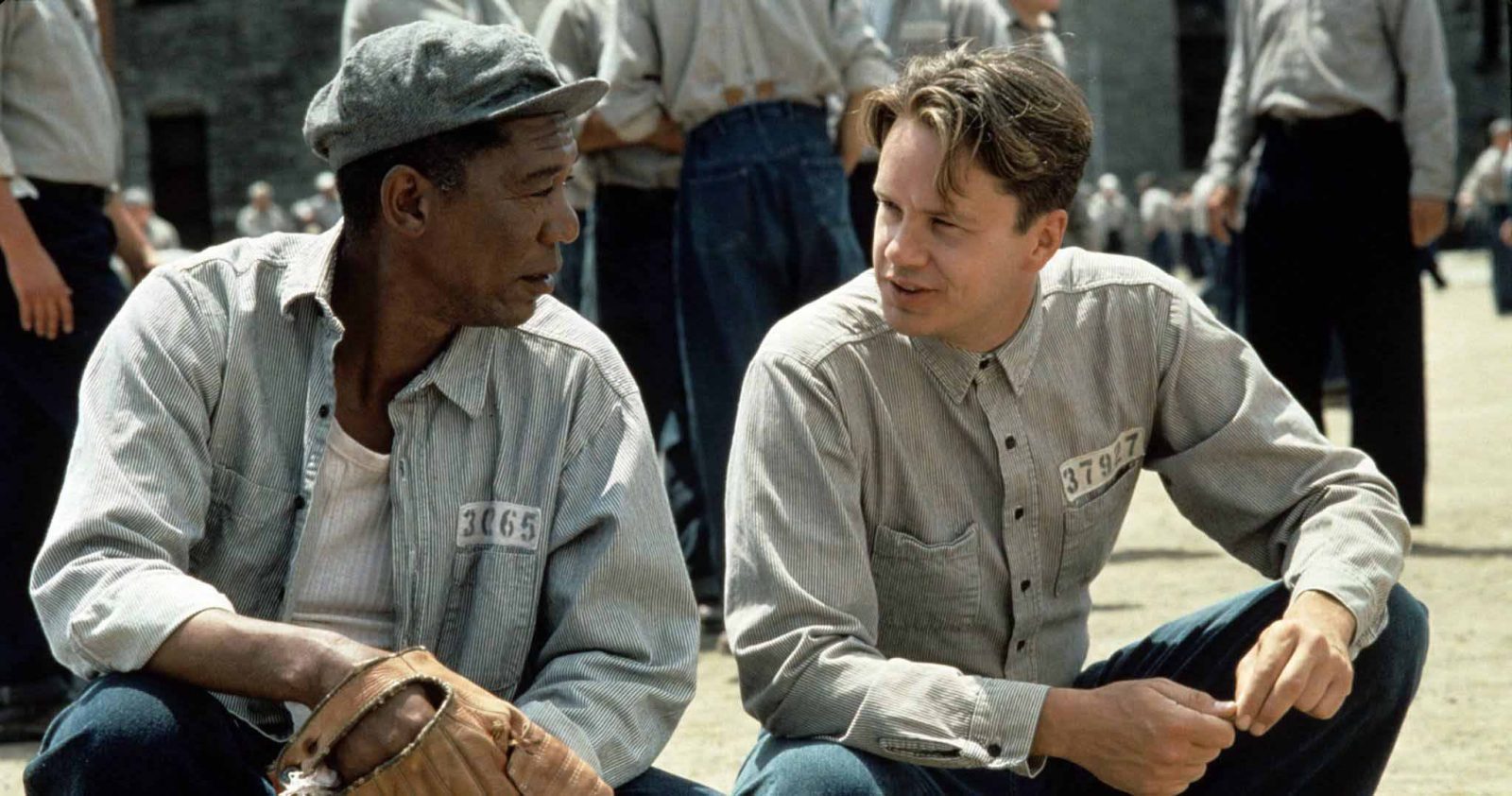 The following article gives a brief overview of one expat client’s current IHT set up and some of the structures we used in planning for his future UK IHT liability.

UK inheritance tax is an extremely complex subject and you should always get expert advice to suit your circumstances.

What is Inheritance Tax?

Inheritance tax is the tax paid on assets (after inheritance tax allowances are deducted) left when someone dies. When you die, the Government assesses how much your estate is worth, then deducts your debts from this to give the value of your estate. Your assets include:

Inheritance tax can represent a hefty and unwelcome bill for your loved ones left behind. If you are UK domicile and your estate is valued at over £325,000 your estate will be subject to inheritance tax at 40% (36% if you leave at least 10% to a charity) on the amount over the threshold. Married couples and Civil Partners can pass their thresholds between them meaning that there is normally nothing to pay on the first £650,000.

“the only two certain things in life are death and taxes”

Below are some of the basic details taken from the full financial fact find:

He felt he had done a great job in accumulating the necessary wealth to ensure a prosperous retirement and to give his children and his grandchildren a great financial future.

However he had not considered the prospect of IHT or in fact even bothered to get a will written.

The concept of domicile has its roots in UK common law. Domicile means something different from and is separate from, other factors such as nationality or residence. While there is no single legal definition of your country of domicile, it will often be established according to three factors: where you were born, if you have assets in that location and where your father was born.

With some of his assets based in the UK, his UK passport along with his father being born in the UK and also holding a UK passport it was more than likely that he would be classed as UK domiciled.

Generally, for British couples, transfers of value between spouses or civil partners are wholly exempt from inheritance tax however in the case of many expats the client’s spouse was not British.

As a non-UK domiciled individual her exemption is limited to the value of the nil rate band £325,000, therefore, he would potentially have an exemption up to £650,000.

The newly brought in “main residence allowance” did not apply here as the main residence was not in the client’s estate and therefore he could not benefit from this exemption.

When is it paid?

IHT must be paid six months after the end of the month in which the deceased died; otherwise, HMRC will charge interest on the tax owed.

Before the assets of an estate can be distributed to the dependents a grant of representation is required and can only be obtained once the IHT bill has been settled – this can place a huge financial burden on the dependents left behind.

“IHT must be paid six months after the end of the month in which the deceased died”.

With his children residing in a different country, it was going to be down to his wife to go through the drawer full of mixed up papers where he kept all of his investment documents. She would have the burden of dealing with multiple investments in multiple countries with the likelihood of intestate procedures as the client didn’t have a will written.

This was a huge looming headache which had to be sorted.

We had to move forward with a series of simultaneous strategies that would work synergistically in preparing his dependents for the future.

We believe in a holistic style of financial planning and looking at our clients overall picture and from our initial fact find we discovered that part of his wealth was an old work pension which was left back in the UK. As the client was retiring in another EU country, which just so happens not to tax pension income, we were able to transfer this using a QROPS (QROPS normally pay pension income gross so no issues here reclaiming tax back under DTA agreements) and let him have far more control over it and take advantage of being able to leave this to his beneficiaries. A QROPS as of writing is also exempt from IHT so this was able to serve us a double purpose in pension flexibility and IHT mitigation.

The income he was seeking in his retirement could not be achieved by the QROPS alone so we set up a QNUPS which allowed us to transfer in many of his other investments he had scattered across the globe – shares, funds and cash – and formulate another pension providing vehicle which along with the QROPS would allow him to have the required income he was seeking.

A QNUPS is also similar to a QROPS in that at this time of writing it is also exempt from IHT. QNUPS are a great pension planning tool for expat which allows you to create a pension for life from various tangible assets that you may have accrued through your working career.

You can gift assets to anyone and the liability on such gifts reduces by 20% each year if you survive by more than three years after making the gift, down to zero IHT liability after seven years.

All of the client’s shared family property where he had a 50% share was gifted over to his dependents and as he was in good health and took good care of himself we are all optimistic he can make the 7 year mark!

Step 4 – Severing ties with the UK

As UK Inheritance tax is based on domicile you can attempt to change your country of domicile.

Changing your domicile tax status requires much more than simply showing that you now live abroad, you also have to be able to prove that you have no intention of returning to your original country of residence. HMRC does not tell you how to do it….why would they!

However there are certain things that are recommended.

Below are some but not all the things the client had already performed or that were achieved with our advice.

The client has no intention ever to return to the UK and in the above we are trying to establish a strong amount of evidence to validate this.

Of course, one must also be aware that you may also then be subject to inheritance tax in your new country of domicile and if no DTA exists then your dependents could be hit with a double blow.

“her parents were forced to take out loans of £600,000 to cover the costs of dealing with her financial affairs”.

The famous singer Amy Winehouse died in 2011 without a will and her estate worth £4,257,580 was handed over to her parents.

Less than 2 years later there was less than £180,000 left in her six music companies and her parents were forced to take out loans of £600,000 to cover the costs of dealing with her financial affairs.

Working in unison with the changes to his assets we had a will drafted up for both the client and his wife that would allow for the correct allocation of his and her wealth after death along with a trust set up to ensure his grandchildren would also be taken care off.

All in all the whole process took approximately 14 months as IHT planning is a complicated matter which has to be handled thoroughly and professionally.

“HMRC just collected IHT receipts of £5.3 billion in the year to November 2017”.

Now, as it stands where he had a potential IHT bill of almost 1 million pounds today as of the current HMRC rules that were followed his exposure has been reduced to approximately £100,000 (we are still working on getting this to 0) which definitely allows him and his dependents to sleep a lot better.

All we have done here is work within the guidelines that have been given and published by HMRC. As I said before they are not very forthcoming with information sometimes and why would they…. They just collected IHT receipts of £5.3 billion in the year to November 2017, up from £4.7 billion for the whole of 2016.

All you can do is position yourself as best you can at the time the law allows and keep a watchful eye on law changes to make sure your assets are as best placed as they can be.

IHT for UK domiciled individuals can be an expensive experience for those dependents left behind and proactive inheritance tax planning is essential to ensure that your accumulated wealth can be distributed appropriately and not just to the UK’s HMRC.

“5 Ways to Lower Your Inheritance Tax Today” for more information.

If you have questions on your potential IHT liability don’t hesitate to take advantage of my FREE 60 minute consultation by clicking  Contact Me Today with your query and I will get back to you.

He has over 10 years experience in the advisory sector and currently resides in Prague, Czech Republic. 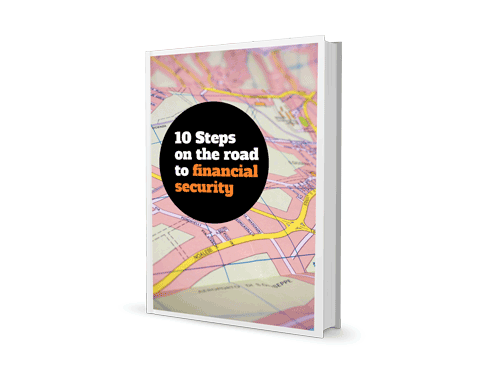 Enter your email below to receive your free financial road map

Check your inbox now for your download link and don't forget to check your spambox!